Everything You Need To Know About Access Bank plc 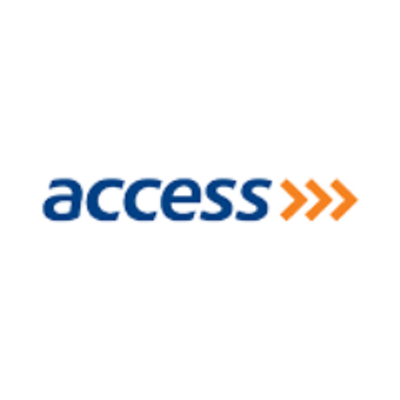 Access Bank Plc, popularly identified as Access Bank for short, is one of the leading multinational commercial banks in Nigeria. When it comes to possession of assets, deposits, loans and branch network, the bank is currently rated as the fifth largest bank in Nigeria. Access bank is owned by a group called Access Bank Group and has also been licensed by the Central Bank of Nigeria.

Access Bank is one of the biggest and influential financial service providers in Nigeria. The bank was able to record US$12.2 billion (NGN:2.412 trillion), in excess of asset and shareholder’s equity which was estimated at roughly US$1.86 billion (NGN:367.8 billion) as of 2015. Note that the values stated were base on the exchange rate as of 15th January 2017 (US$1.00 = NGN305)

They are the group of individuals who own the Access Bank Plc. In December 2015, the bank had subsidiaries in the United Kingdom and the eight Sub-Saharan African countries.

Access bank plc was granted their banking license in 1989 by the Central Bank of Nigeria. In 1998, the bank became listed on the Nigerian Stock Exchange.

In 2002 Access Bank experienced a total change in management which was headed by Aigboje Aig-Imoukhuede and Herbert Wigwe.

Access Bank plc was able posses Capital Bank and Marina Bank in 2005 by a merger. The banks acquired by access bank was formerly known as commercial bank Crédit Lyonnais Nigeria.

Access bank plc was able to also establish a subsidiary branch in Banjul, The Gambia in 2007. The established bank currently has four branches and head office and have also made claims to open extra four branches.

In the year 2008 Omnifinance Bank which began in 1996 gave out 88% of their shares to Access Bank. Access Bank also moved ahead to possess 90% of Banque Privée du Congo established in 2002 by South African investors.

Finibank (Burundi) in 2008 collaborated with Access Bank Plc network and exited in 2014 from the group.

Intercontinental Bank later operated as a well-capitalized bank, as a result of the restoration of Net Asset Value to Zero caused by the N50billion capital injection by Access Bank Plc and the joined effort of AMCON. Capital Adequacy Ratio (CAR) was recorded to be 24% and Shareholders fund were N50billion, and this was by far above the 10% regulatory threshold.

Access Bank in January 2012 made an announcement concerning the conclusion of the acquisition of Intercontinental Bank, which enlarged the borders of the Access Bank and placing them among the four largest commercial banks in Nigeria. The acquisition of Intercontinental Bank caused an all-round increase in Access Bank, they had 309 branches and more than 1,600 Automated Teller Machines (ATMs) and finally recorded more than 5.7 million customers.

Access Bank further went ahead to acquire one of the biggest banks in Nigeria, Diamond Bank though it has not been confirmed to be completed. But according to Diamond board, the merge with Access Bank supposed to be finalized in June 2019.