All You Need To Know About Guaranty Trust Bank 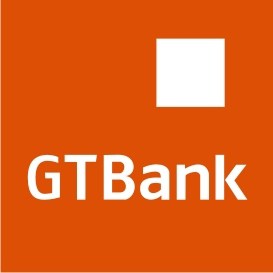 Guaranty Trust Bank which is also popularly known as GTBank or GTB for short is among the largest financial institutions in Nigeria. They have their head office situated at Victoria Island, Lagos Nigeria and they offer variety of services ranging from gtbank Online (Internet) Banking, Corporate Banking, Investment Banking, Retail Banking, and Asset Management services.

GTB was started by 35 young Nigerians in 1988 and was headed by Fola Adeola and Tayo Aderinokun, Femi Akingbe, Gbolade Osibodu, Femi Pedro, Akin Opeodu and more were also included.

Guaranty Trust Bank plc started out as a limited liability company and was later licensed by the central bank of Nigeria in 1990 to offer commercial and other banking services and on February 1991 they kicked off operations.

GTB moved up the ladder on September 1996 by winning the Nigerian Stock Exchange President Merit award and was later declared a public quoted company in the same year. The Central Bank of Nigeria granted GTB the universal banking license on February 2002 and in 2003, they were also appointed a settlement bank by CBN.

In 2004 Guaranty Trust Bank for the second time made their shares open to the public and was able to raise more than N10 billion from Investors in Nigerian. Also on the 26 July 2007 was the first Nigerian joint stock company and also the first Subsaharan financial institution to be listed on the Deutsche Börse and London Stock Exchange. The sum of US$750,000,000 was raised by the IPO.

Still, in the year 2007, GTB was able to get their first Nigeria’s private Eurobond issue listed on the international capital markets. GTBank broke the record of having USD 500,000,000 Eurobond which was actually the first Eurobond issue by a Nigerian corporate while it was the second gtbank’s Eurobond programme over the last 5 years.

GTB is also in partnership with Eko Atlantic City, an island (820 ha.) that is adjacent to Victoria Island Lagos Nigeria, which serves as a home for the new financial district. Eko Atlantic City took 7 years to complete its building (2009 – 2016).

GTBank became the largest bank by market capitalization in Nigeria. And in 2013, they had 70 percent possession of Fina Bank Group shares at the price of US$100 million and after the payments, all subsidiaries and branches of Fina Bank were rebranded GT Bank.

Still in the same 2013, gtbank offered a USD 400,000,000 Euro bond to the public with a 6% coupon rate; which was the least obtained by any Nigerian company (international capital market). The issued Eurobond (USD 2,000,000) was in line with the Global Medium Term Note Programme, that was also registered under the Rule 144A in the United Kingdom and the United State of America and was sold to investors that resides across Asia, America, Europe, and Africa. GTBank has more than 10,000 employees.